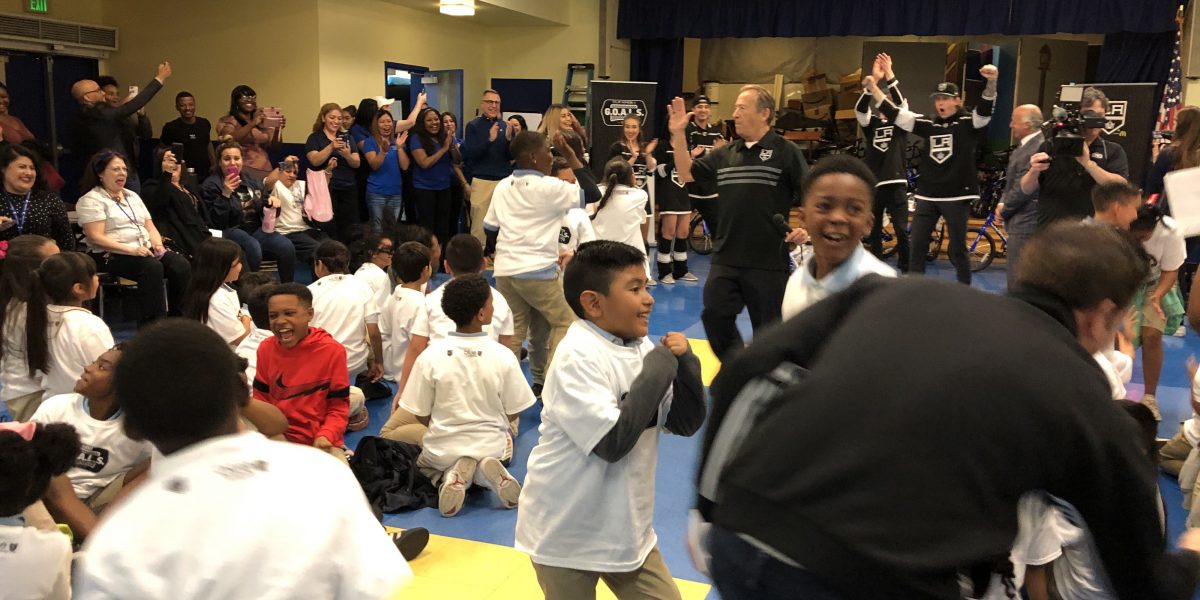 Students were asked to write an essay for a writing competition reflecting upon Dr. Martin Luther King Jr.’s “I Have a Dream” speech and their own future aspirations.  The school’s 68 third graders assembled to hear the names of the three essay contest winners and shortly after, an announcement was made, that everyone was going home with a bike.

Members of the LA Kings Ice Crew and both current and former Kings players helped handout the bikes.

ISANA Academies will extend its physical school closure and move to Distance Learning through the end of the school year, June 12, 2020Check for Updates
+
X